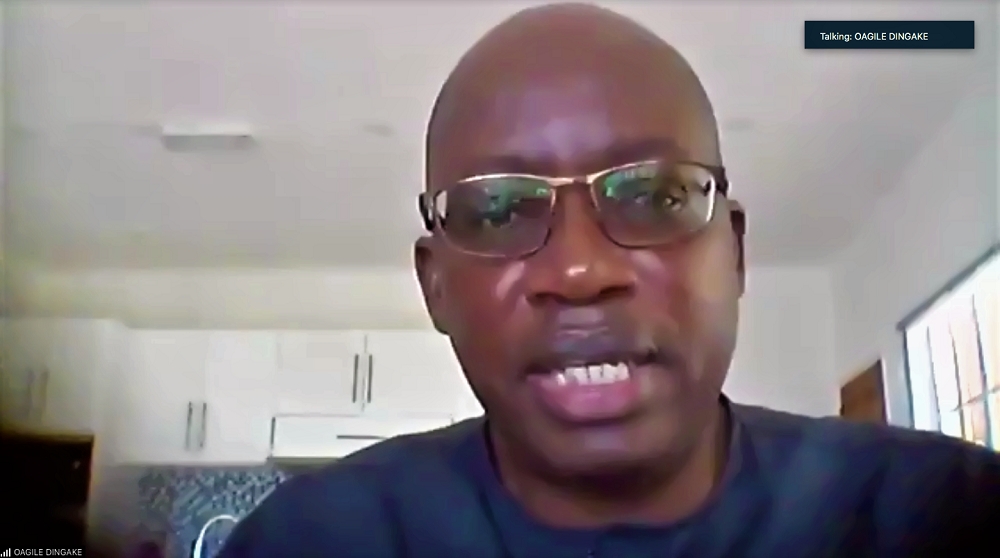 05 October 2021 - A High Court Judge from Malawi, Justice Zione Jane Veronica Ntaba, has urged the legal drafters of the Southern African Development Community (SADC) Model Law on Gender Based Violence (GBV Model Law) to ensure that it clearly spells out the parameters of prosecution for femicide.

Justice Ntaba was delivering the keynote address at the virtual consultative meeting of the SADC Parliamentary Forum (SADC-PF) and the SADC Member States’ prosecutors on the GBV Model Law yesterday (04 October).

“The Model Law has included a very critical area which several of the SADC jurisdictions have very little legislation on – that is the concept of femicide… The Model Law fails to provide parameters for prosecution institutions in dealing with prioritisation of prosecuting such cases,” said Justice Ntaba adding that the focus of the parameters should be on pre, during and post prosecution.

Justice Ntaba said another issue that needed further examination on the draft was the concept of re-victimisation. “The law needs to address re-victimisation to be beyond access to justice but to be envisaged as an extension of the medical principle – ‘first do no harm.’ That is to be addressed across the GBV continuum of the victim,” she said.

However, Justice Ntaba said she was excited by the purpose of the consultations. “I find the objectives of the consultative meeting exciting and extremely important as the issues you aim to achieve are very fundamental for gender and women’s rights in Africa,” she said.

Dr Linda Naidoo, of the United Nations Office on Drugs and Crime (UNODC), told the meeting that major forms of violence in the SADC region include rape, trafficking in persons and child marriages. “In the SADC region victims generally do not seek legal recourse because of inhibiting factors such as fear of being blamed for breaking up the family, fear of reprisals from the spouse, shame about airing their personal affairs in public and economic dependency.”

Dr Naidoo said “the home is the most dangerous place for a woman. In seven countries 20 percent of 15 to 24 year old females reported sexual violence from an intimate partner, the percentage exceeds 50 percent in many countries.”

SADC-PF Secretary General, Ms Boemo Sekgoma, emphasised the central role played by prosecutors in the fight against GBV as it is “increasingly, being treated not only as a domestic issue which occurs within the confines of the household, or a civil law issue, but as an issue which can have criminal law implications.”

“Prosecutors are important to consider GBV complaints, assess the evidence, filter false complaints from meritorious ones, and proceed in accordance with the law in place to advise for further prosecution and trial. Prosecutors fill the Charge sheets and decide which charge is more appropriate to the offence committed or advise for further enquiries to be conducted by the investigating authorities,” said Ms Sekgoma adding that “prosecutors are thus prominent stakeholders in the fight against GBV as well as for sensitisation initiatives to prevent GBV.”

Facilitating the interaction was Justice Professor Oagile Key Dingake who cautioned the participating prosecutors that not all provisions of the Model Law “will be attractive to all countries. A number of countries will choose provisions that they consider will strengthen their laws, or those that are consistent with their laws.”

UNODC Crime Prevention and Criminal Justice Officer, Sven Pfeiffer, delivering his closing remarks yesterday said: “It is imperative that all justice actors take appropriate measures to prevent hardship during the detection, investigation and prosecution process in order to ensure that survivors are treated with dignity and respect, whether they participate in the criminal proceedings or not.”

“In pursuit of this, the promotion and protection of women’s and girls’ human rights should form the basis of the development and implementation of relevant national legislation, policy development and training programs,” he said.