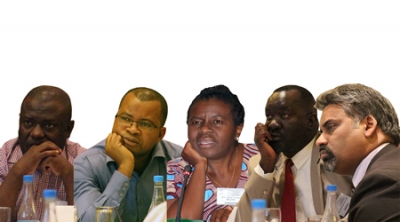 FASHBACK: Shocked Members of Parliament from different parts of the SADC Region listen to survivors of gender based violence during a symposium on GBV and SRHR last year in Botswana. Photo: Moses Magadza Moses Magadza 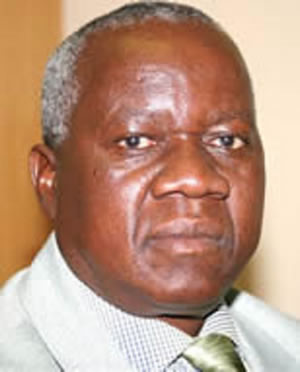 Dr Esau Chiviya, SADC PF Secretary General Chiviya said this in remarks made on his behalf by Moses Magadza, the Communications and Advocacy Specialist at SADC PF during a joint workshop of the Pan African Parliament (PAP)'s Committees on Gender, Health and Education on 8 March, 2017, which has been declared Women's Day.

The SADC PF, which brings together 14 National Parliaments in the SADC Region, was invited to share its experiences in responding to GBV which affects more than 35 million women all over the world according to the World Health Organisation and other sources.

"Our key strategy has been to ensure that GBV is mainstreamed or integrated into the work that we do in SADC Member States in the areas of Sexual and Reproductive Health and Rights, HIV and AIDS," Chiviya said.

He explained that SADC PF was implementing a four year long SRHR, HIV and AIDS Governance project in seven SADC Member States including Namibia with financial support from Sweden and Norway. The project is being implemented with and through National Parliaments to build the capacity of Members of Parliament - particularly women Parliamentarians - to advocate for universal access to SRHR.

"We ensure that there is a presentation on GBV at every meeting or workshop that we hold with MPs so that we build their knowledge of the problem. These presentations expose MPs to the current and emerging GBV-related issues so that they find an entry point," he said, adding that like snipers, MPs could only shoot down a clearly identified target.

The Secretary General gave the example of a regional symposium that SADC PF convened from the 7th to the 8th of September, 2016 in Botswana and which brought together MPs from all over SADC and experts working on GBV and SRHR.

That symposium reviewed the evidence on the link between GBV and SRHR, highlighted issues and gaps in the development and implementation of related laws, examined strategies for action against GBV by MPs and made recommendations on how MPs could actively combat GBV.

"Experts addressed our MPs on many issues including the underlying causes of GBV and its impact on SRHR; GBV in prisons; trafficking of persons; the economic impact of GBV; available legal structures; and how men and boys can become change agents in the fight against GBV," Chiviya said.

Noting that MPs play critical roles of representation, advocacy, law making and passing national budgets, Chiviya said that to the extent possible, SADC PF brings MPs face to face with people who experience some of the problems that that the region's MPs are addressing. He said at the GBV and SRHR symposium in Botswana, SADC PF invited three survivors of GBV to share their experiences with the MPs.

"Some of the MPs had never met survivors of GBV and so they found what they heard quite harrowing. We think this was a wakeup call," Chiviya said, adding that best practices involving MPs responding to GBV in different countries were shared also.

"The outcome was a better appreciation of the problem and what needs to be done including: addressing GBV to obviate its associated economic costs which are estimated at between one and two percent of Gross Domestic Product; improving on implementation; simplifying relevant laws to increase affected peoples' understanding and participation; and socialising men and boys to be protectors and partners."

Chiviya said the SADC PF connects MPs with organisations that can provide the latest counterfactual evidence.

"There is need to regard women's rights as human rights. We help MPs to play active roles and collaborate with like-minded non-state actors at grassroots level and to share best practices," he said.

He said the SADC PF was providing a platform for the region's lawmakers, regardless of gender or political persuasion, to address common challenges. He gave the example of the recently launched SADC Model Law on Eradicating Child Marriage and Protecting those Already in Marriage.

"That Model Law is in line with international human rights principles and was developed over two years with the active involvement of MPs and legal draftspersons from National Parliaments."

Hailed as pathfinder legislation, the SADC Model Law on Eradication Child Marriage and Protecting those Already in Marriage among others advocates for equality, right to life, privacy, dignity and respect; protection from exploitation abuse and harmful practices; advocates for the right to education and health and calls for special programmes for children in marriages.

"For example, in terms of the Sustainable Development Goal that relates to gender Equality, a law was passed in Seychelles in June 2016 to protect victims of domestic violence. The Protection from Domestic Violence (Amendment) Act 2016 broadens the scope and definition of 'spouse' and provides for arrest of perpetrators," he said.

The PAP joint workshop ended with calls for more action and less talk on GBV. It drew 50 participants including 32 MPs from the Committees on Gender, Health, Education, justice and Rules. Namibia MPs also attended.

More in this category: « Seychelles supports for planned SADC Regional Parliament Youths in focus as SADC PF plenary gets under way »
back to top