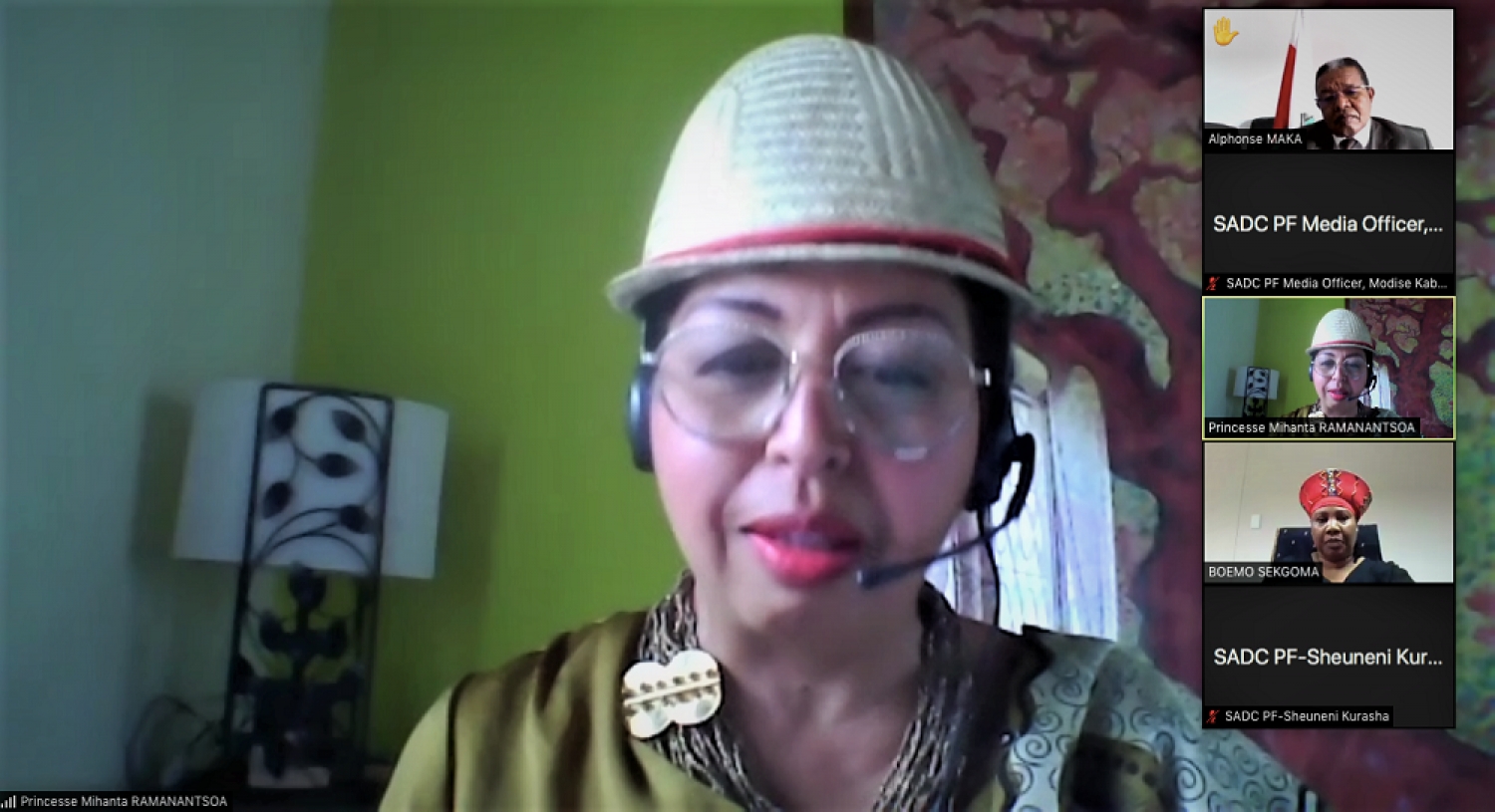 The mooted legislation aimed at addressing gender-based violence in the Southern African Development Community (SADC) region received another boost last week when magistrates and religious and traditional leaders gave it the nod.

The SADC Parliamentary Forum (SADC-PF) has, since last month, been holding broad consultations with various stakeholders in the region on the draft SADC Model Law on Gender-Based Violence. Amongst those consulted for input so far and have welcomed the draft are SADC Line Ministries, SADC Chief Justices, judicial officers, Human Rights Commissioners, lawyers, the police, legal drafters, United Nations agencies, donors and the media.

Delivering the keynote address at the consultation with religious and traditional leaders held on Thursday, Her Royal Highness Princess Mihanta Ramanantsoa of Madagascar, commended the Model Law for being "rightly neutral when it comes to gender violence", saying that GBV was not only about women and children.

"Most of us think GBV is only men abusing women, but men are also victims of violence; it is a societal problem. We are ready to work with SADC to implement the model law so that our communities may enjoy their human rights," said Princess Ramanantsoa while adding that the Covid-19 pandemic is forcing the world to change the paradigm by putting human beings back at the center of our concerns.

"This world is a meaningful world in which politicians realize that there can be no economic development without human development. The common cultural background that we share as Africans should naturally push us to design a framework that guarantees everyone, and especially the most vulnerable members of our societies, protection and access to their basic rights. Because a right that is not respected is a form of violence."

Princess Ramanatsoa expressed "our special gratitude to Madam Secretary General of the SADC Parliamentary Forum for deliberately including us in these consultations."

Professor Ezra Chitando from the World Council of Churches, Southern Africa region, commended the SADC-PF for recognising the strategic role of religious and traditional leaders in the development and implementation of the model law. "According to the Afrobarometer Dispatch 339 of 2020, Africans trust their religious and traditional leaders more than any other leaders. We are on the frontline responding to cases of GBV when they happen, as well as seeking to provide counselling to prevent them from happening."

Prof Chitando also pledged the religious sector's commitment to fighting for the promotion of gender equality, to reduce gender discrimination and prevent gender abuses and acts of violence related to gender.

SADC-PF Secretary-General Ms Boemo Sekgoma acknowledged the conflict but said reconciliation is possible. "International law is based on equality, while culture often privileges men and treats them as more superior than women. Through this Model Law we can achieve equality between men and women," said Sekgoma while adding that this model law brings international best practices on GBV legislation to the SADC region, customised for the SADC context.

"Your input as religious and traditional leaders is necessary to strengthen the social fabric of the SADC region. I believe you will concur with me to find that the legal provisions concerning GBV are mostly in harmony with religious and traditional values. Where there are discrepancies, we will be open to discuss them and we indeed require your immense wisdom and on-the-field experience to rationalise provisions in view of the finalisation of the SADC Model Law," said Ms Sekgoma.

She also emphasised that the model law is in no way meant to undermine any cultural or religious customs, and is premised on the human rights to physical integrity, health, life and the protection of the individual from torture and inhuman and degrading treatment. "The mainstay of the Model Law consists of an unflinching compliance with human rights that are generally accepted internationally in global instruments as well as in the African Charter on Human and Peoples' Rights," she said.

Presenting on behalf of the legal drafter of the model law, Ms Clare Musonda said the model law is not a treaty, and therefore it does not require a signature from member states. However, it will be distributed for member states to draw upon to fill any existing gaps in their domestic legislation.

Justice Mia raised concern that even though in the SADC region there are laws that protect people's rights, "it has become a lot easier for women to be violated. We need to recognise that GBV is a violation of the person's human rights."

"By empowering ourselves with this knowledge we are responsible for ensuring that the legislation is implemented well," said Justice Mia while addressing her SADC colleagues responsible for the administration of justice.

"It is important to ensure that the statements are gathered timeously… I cannot stress the number of times that dockets have been postponed for further investigation, this impacts on the victim's trust of the justice system," said Justice Mia adding that magistrates can play a role in holding court officials to account.

Ms Sekgoma said it would have been remiss to not consult Magistrates of the SADC region "who are at the forefront of trials related to GBV offences. Without a doubt, this consultation today will assist the Forum and its partners in understanding further the intricacies that come with GBV enforcement and sentencing of GBV offences under the auspices of the Magistrate's Court since most GBV related offences would fall within the province of the Magistrate's Court. Magistrates are indeed in the right place to comment on the GBV Model Law from the enforcement standpoint."

A Malawi Magistrate, His Worship Kandulu, stressed the importance of ensuring that the wording of the SADC Model Law on GBV was inclusive. "As far as I agree that gender-based violence is increasingly against women, but in my court, I have dealt with situations where men have been victims of gender-based violence."

Merlene Greyvenstein, from South Africa, highlighted challenges experience in lower courts when implementing laws. "All the information and visions are exemplary, however in practice in SA in lower courts, we are challenged with the means to implement. Staff shortage (posts not filled), overcrowded rolls, systems often inoperative, etc. Unfortunately with my best attempts, often victims are failed, not intentional but due to the challenges."