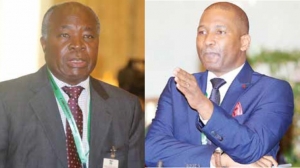 Changes to SADC PF Constitution and Rules of Procedure

He explained the amendment sought to enable a much smoother operation of the SADC PF by en­suring that where certain Members are for some reason unable to attend, or they cease to be Mem­bers of their respective Parliaments, they can be replaced almost immediately, to enable the term of the affected Parliament to continue to its end.

Additionally, the motion sought to enable a situa­tion in which those who are unable to attend Ple­nary business would be able to appoint proxies so that the business of SADC PF is not disrupted by the non attendance resulting in Standing Commit­tees not having a quorum.

The second part of the motion was to put in place a monitoring and evaluation mechanism at regional level for the adoption, adaption and implemen­tation of Model Laws to ensure that when such Model Laws are passed, there can be some track­ing with respect to how far respective parliaments are in incorporating them in their domestic legisla­tive frameworks.

This is important, also, to enable tracking of the outcomes of the Model Laws so that when chal­lenges are detected, appropriate support is rendered.

Zambian Member of Parliament, Hon. Dr. S. Musokotwane seconded the motion. He said the amendments would make it easier for the Forum to replace its President, Vice-President or Trea­surer.

"Basically what it says is that since we follow principles of rotation, if for one reason or another, an MP who is sitting in office as President, Vice-President or Treasurer leaves the Forum, maybe because there was an election or they resigned, we do not need to go for another election. The country whose member was already performing those du­ties can be asked to submit a replacement to take over from there. This is what it does under Article 11(4) and Rule of Procedure number 10."

Hon. Musokotwane explained that the second amendment was related to a procedure to address a lacuna on the establishment and meeting of SADC PF Executive Sub-Committees.

"This amendment that we are talking about now, Rule procedure No. 13… is going to combine of­fices of the President, Vice-President, Treasurer, together with the Sub-Committee so that the whole team can be up and running immediately."

Hon. Verónica Nataniel Macamo Dlhovo from Mozambique also supported the motion and said the amendments would smoothen the operations of the SADC PF.

Hon. Edgbert Aglae of Seychelles also welcomed the amendments and expressed optimism that they would further democratize the SADC PF.

Hon. Professor Nk'andu Luo from Zambia wel­comed the amendment that would set up a moni­toring mechanism over Model Laws developed by the SADC PF.

"This is because we develop Model Laws at great costs. I was part of the Committee that developed the Model Law on Child Marriage and it was at a great cost. Up to date, there has been no movement on that Model Law in Zambia We are dealing with a very serious problem on the African Continent where our children are being married off at a very tender age. They could have become Parliamen­tarians, Presidents, Doctors or Professors of this continent but because they would have been mar­ried off at a tender age, they had no opportunity to explore their potential," she said.

"We should have done this a long time ago. Where somebody is not available there is need for a proxy in deed… the amendments are quite in order."

"It is not at variance, therefore, to come up with this amendment, more so as we are anxiously looking at the transformation of the SADC PF into a SADC Regional Parliament."

DO HEREBY GIVE TO OURSELVES THIS CONSTITUTION. 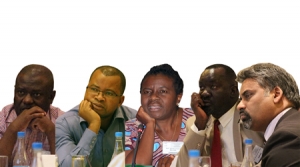